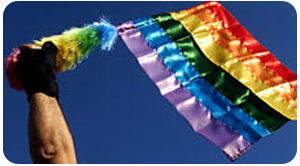 Buenos Aires, a city with more than 15 million inhabitants, is often called the "Paris of South America" for its cafe culture, French-style architecture and sophistication of its residents, most of whom descend from Italian, Spanish, French and British immigrants.

As one of the most open-minded cities in the Americas, Buenos Aires has become the hottest gay destination in South America where you’ll find a large and sophisticated gay scene.

As you may already know, Buenos Aires is famed for its nightlife, with dozens of bars and discos open every night and people dancing until the sun comes up. I have attended numerous openings of gay bars and dance clubs and am familiar with all of them. There are also gay-only bed and breakfasts, gay restaurants, as well as shops and hotels that advertise as "gay-friendly". 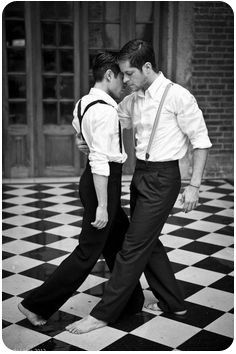 The Argentina Homosexual Community, the country's first gay rights organization, was created in 1984. In the past decades there has been huge progress with several anti-discrimination and gay rights laws being passed, making LGBT rights in Argentina among the most advanced in Latin America.

For example, on July 15th 2010 it was passed same-sex marriage, which also includes full adoption rights. Upon legalizing gay marriage, Argentina became the first country in Latin America, the second in the Americas, and the tenth in the world to do so.

Plus, in 2012 the National Government approved the "Gender Identity Law". This law grants –for free- adults sex reassignment surgery and hormone therapy as a part of their public or private health care plans. The law also allows for changes to gender, image, or birth name on civil registries without the approval of a doctor or a judge.

If you’re looking for a local tour guide to explore Buenos Aires and getting to know the best of our gay scene, please don’t hesitate to contact me...!

Let me know how I can assist you in making your trip special by filling out my Request Form.